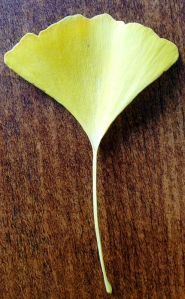 I set my alarm an hour too early by mistake today for getting to Service, but that made for a stop at the bakery beforehand, to buy some heavenly smelling French bread. The sky was hazy on the drive to Church, but occasional patches of fall color in golden ginkgo yellow and bright blood-orange red could be seen in the valley adjacent to the gray, dry, barren California hills. One of my brothers who lives in Marburg, Germany told me about walking his dog in the pouring rain a few days ago. The leaves are all gone there already in that lovely small University town, and November is a tough month to get through until the lights of the Christmas season appear.

After picking up some pistachios at the Farmer’s market (I like to eat them, my cat Calvin is adept at catching them in the air with his paws and then playing with them), I went into the donut store, where a girl — her hair tied with a pretty ribbon in a ponytail — was able on her third attempt to grab the donut I had selected with her tongs, spilling a bit of powder sugar on herself. The height difference and the counter in between accounted for this amusing delay. The donut was to be my companion for a pumpkin-spice latte.

As I sat on the bench outside the coffee store, my donut was immediately sniffed out by a dog of rather low stature, who gently took two small morsels after I got the OK from the owner. A dog three times it’s size but also still a puppy then came by to play. It had on a uniform that read: “Please ask to pet me, I’m friendly and a service dog”, so I obliged. After my petting duty was done, the two dogs played, then settled down under the bench below their owners to enjoy the early afternoon sun.

Have a blessed week